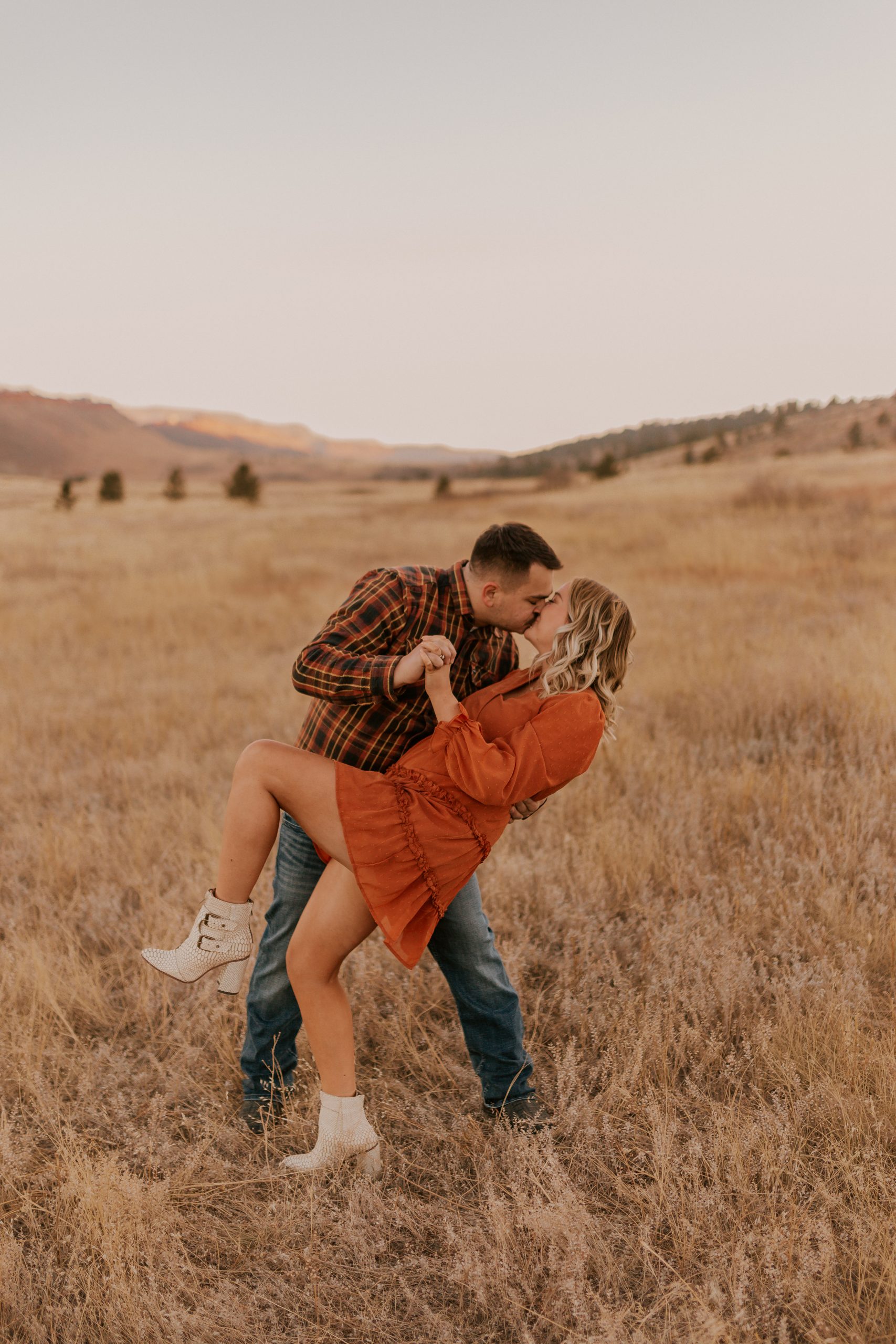 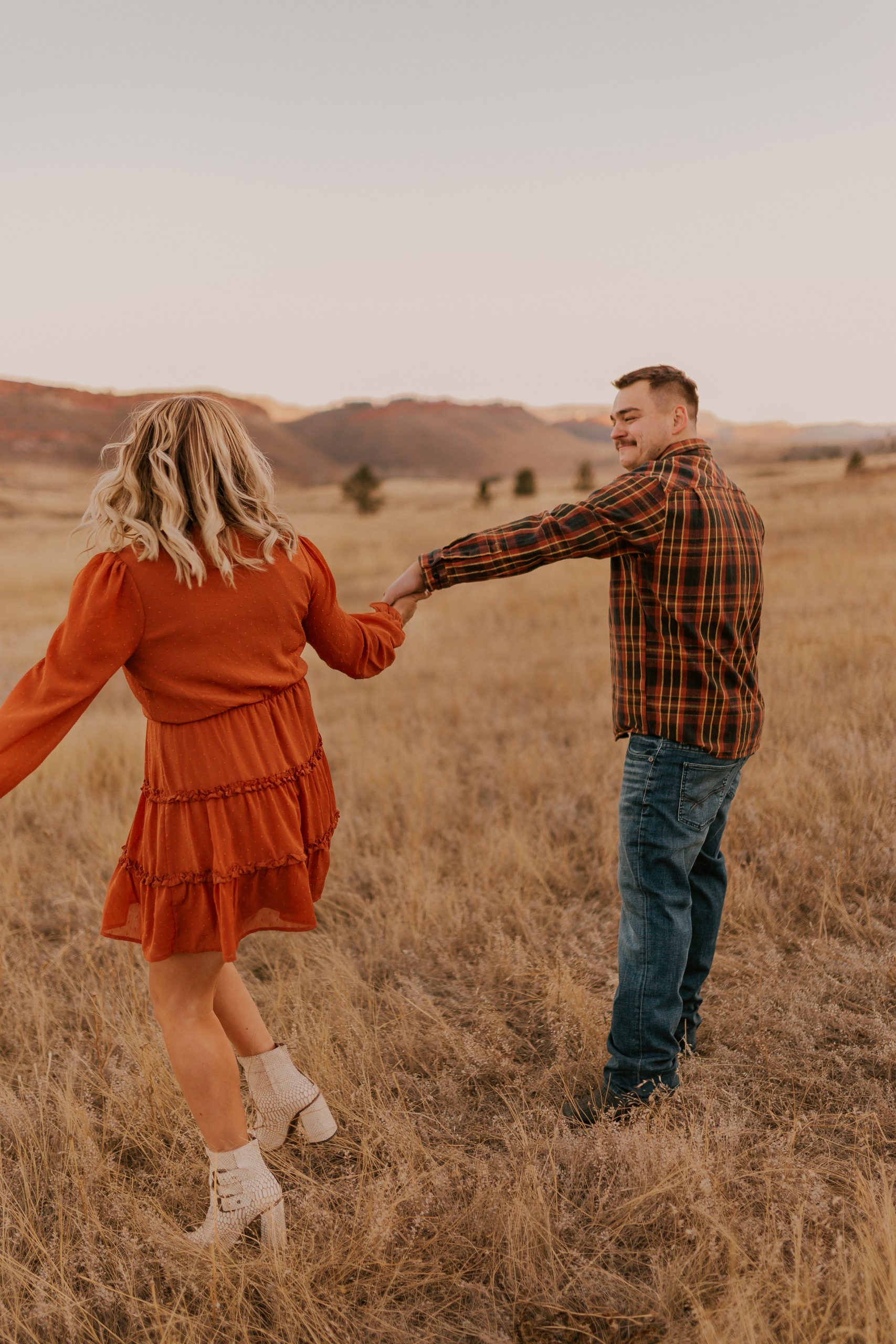 This gorgeous, golden-hour December engagement session took place in Fort Collins, Colorado. We began their session at their alma mater, Colorado State University, in Fort Collins, where Beau proposed. And we ended the afternoon at Lory State Park, located just north of Horsetooth Reservoir where they used to bring their dogs, in Bellvue.

Beau and Theresa met while working at the Stock Show in Denver during college and began dating shortly after. Beau and Theresa have two sweet dogs, named Lola and Atlas, who were some of the highlights of their session. They also brought some of their favorite beers, Coors Light, to celebrate the occasion, and finished off the night with a champagne pop! They will be exchanging their vows this October on Theresa’s family farm, in Byers, Colorado. 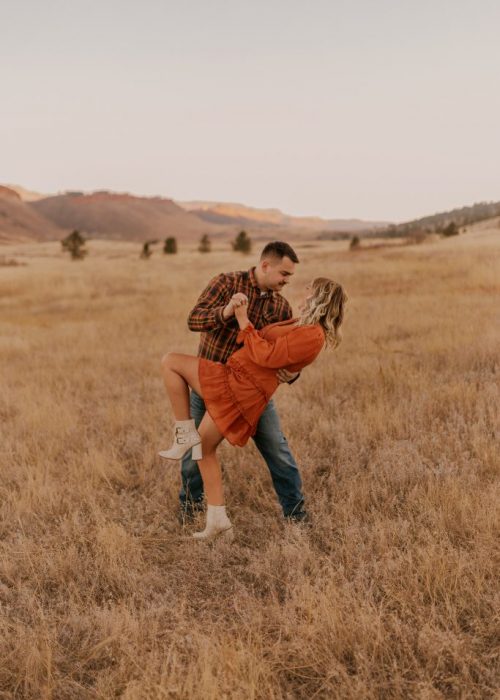 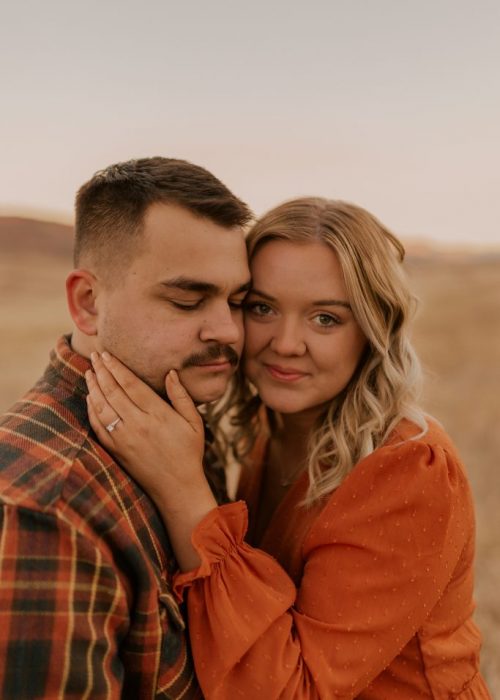 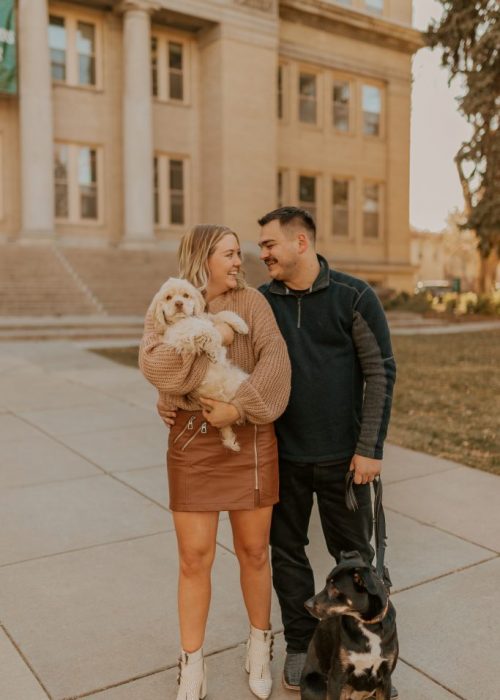 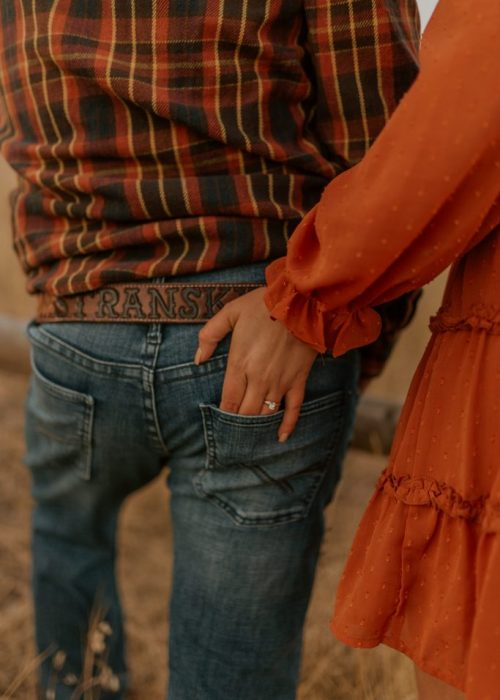 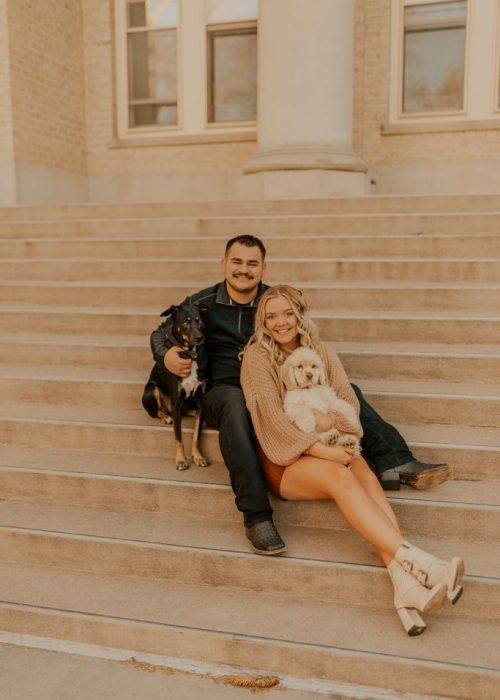 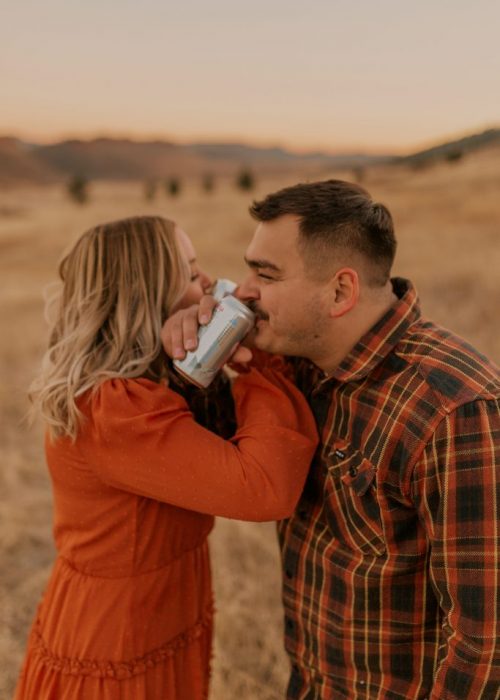 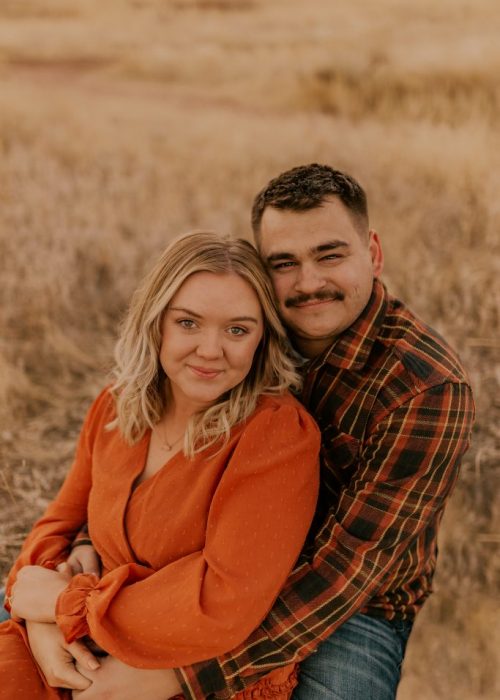 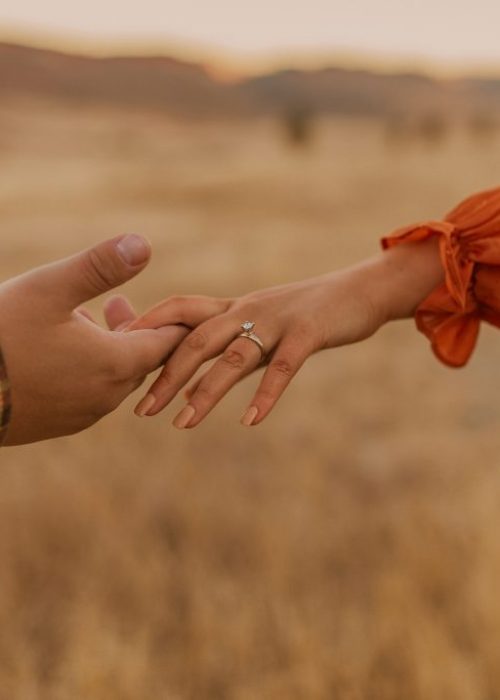 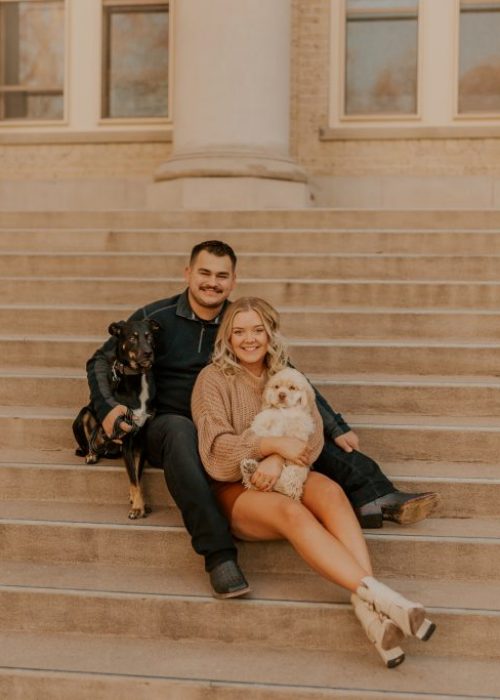 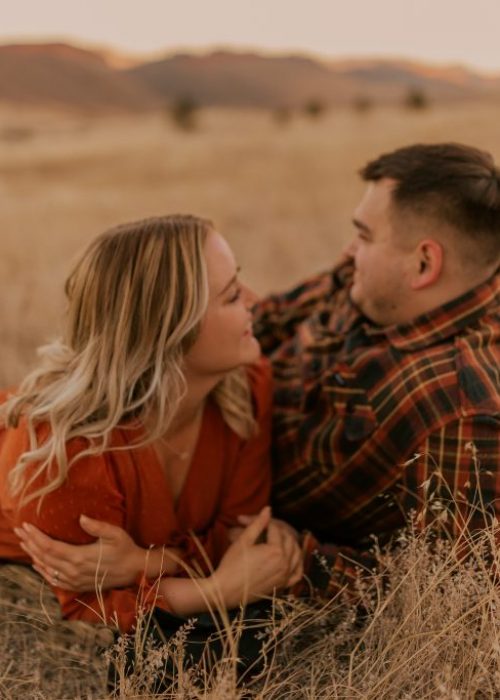 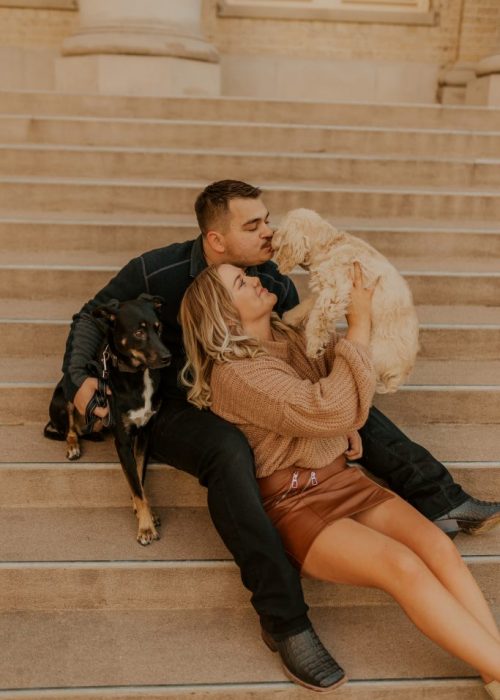 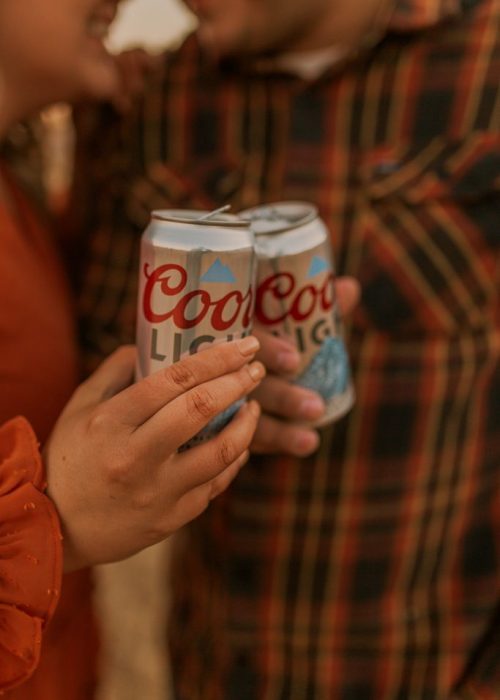 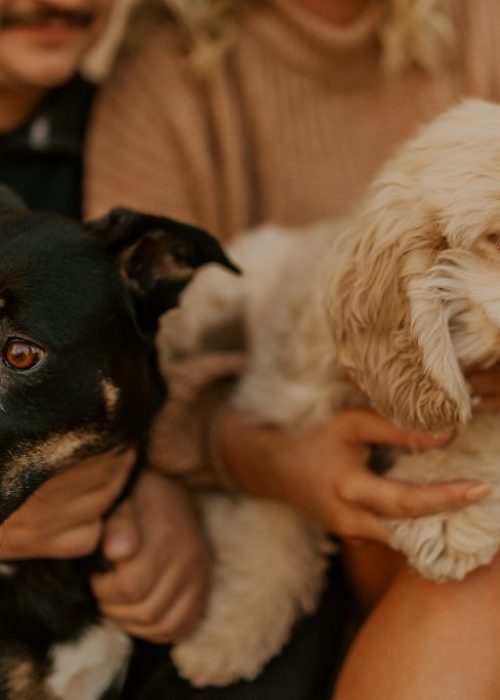 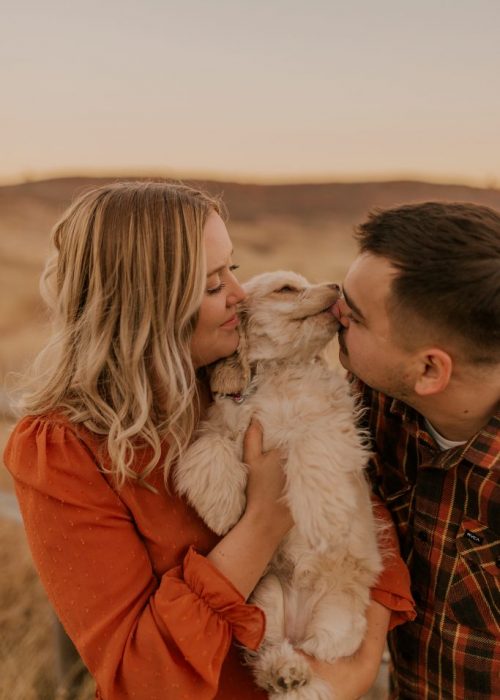 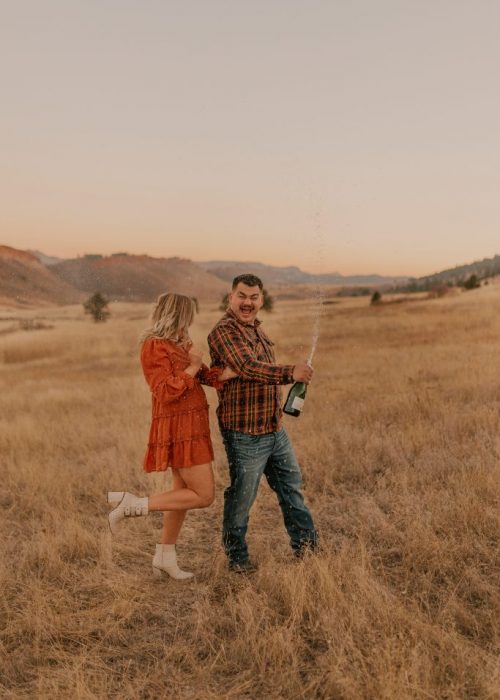 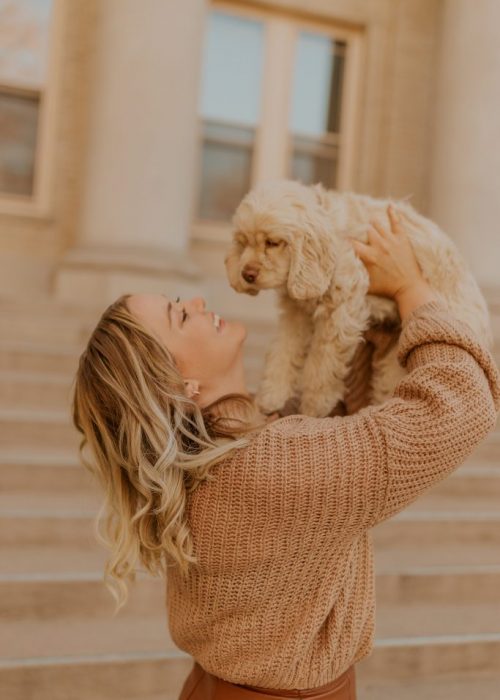 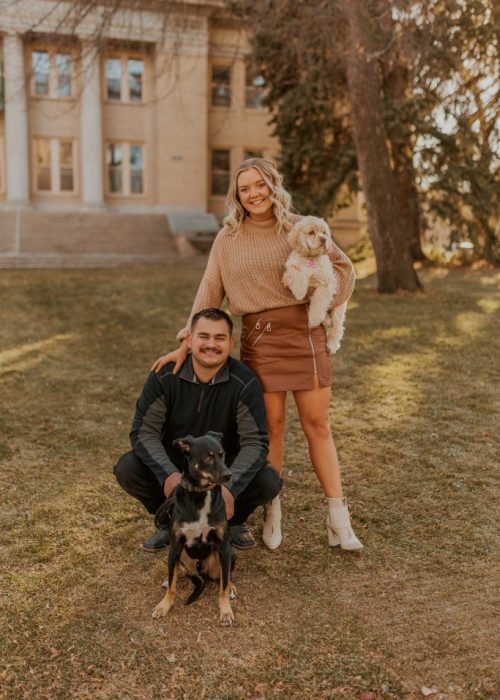 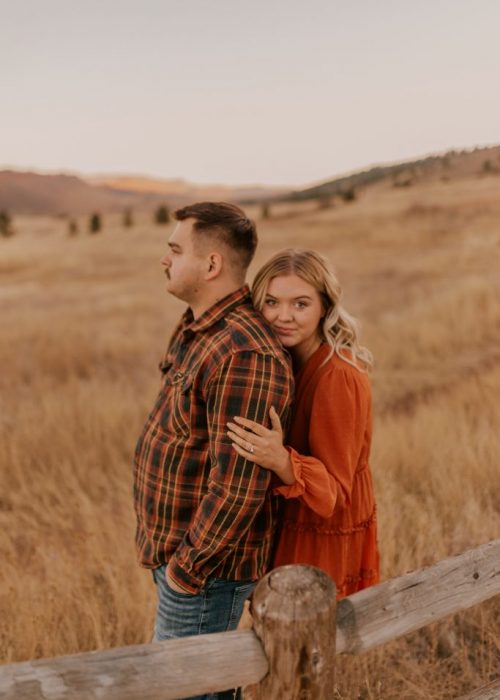 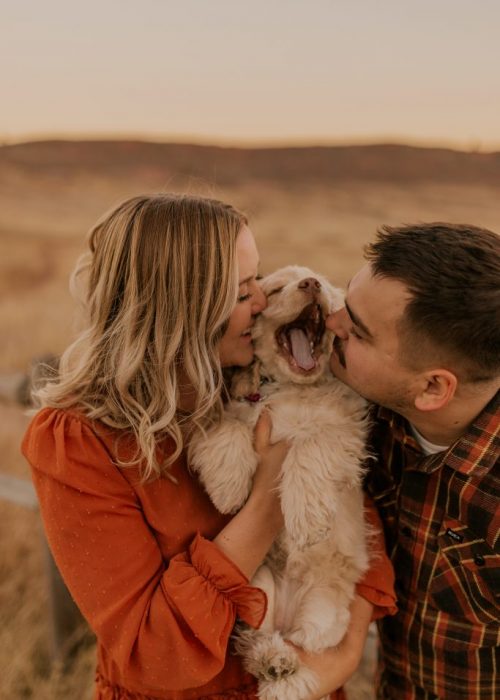 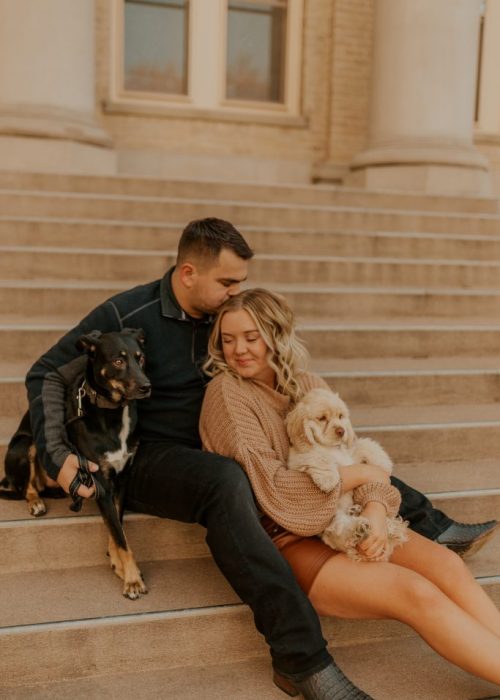 “Beau planned a weekend in Fort Collins, since that’s where we both went to college. I didn’t think anything of it, as he loves doing little staycations. We spent all day at our favorite spots, which was amazing. Later in the day, we went to visit my sister who lives near Old Town and Beau ‘forgot his wallet’ so he went ‘back to the hotel’ to get it. And of course, I fell for it. My sister and I were then going to meet him at the restaurant we had planned on going to. Then my sister asked if I wanted to go for a walk to see a house she was looking at buying. As we start walking, we’re getting closer and closer to CSU’s campus (still not suspicious in the slightest), and we continued our walk to the Oval (STILL NOT SUSPICIOUS). We noticed a cute little proposal setup in the Oval, with flowers, balloons, photos and a sign that read “Marry Me”. I grabbed my sister’s arm and said, “Someone’s proposing! Let’s not get in the way.” – but she kept walking. It was then that I realized it was Beau! Best day ever.”

The Stransky’s will tie the know on October 22nd, 2022. I can’t wait to capture this special day for them and document their unique love story!